Misconceptions are rampant everywhere, and people are usually aware of quite a few. Mythbusters played a major role in making many people feel secretly stupid. Some people go one step beyond and debunk the busted fact as another version of the myth. Some myths, however, are widespread and popular. I explore some myths and hope to explode some bubbles in this post.

“What came first, the chicken or the egg” is not a riddle at all. Science students and evolution would easily agree that since the early birds evolved from reptiles, it’s the bird that came first- from the egg of a reptile. And refuting the theory of evolution because it is a theory is an ineffective attack strategy. Theory, in a scientific context does not imply scientific doubt regarding its validity. A scientific theory such as the Theory of Evolution or the Theory of Gravitation is an explanation for observed phenomena and is not distinguished from scientific fact.

Think no living creature is immortal? Meet Turritopsis Nutricula, aka, the Immortal Jellyfish(pictured). Just like the phoenix rises from its ashes, this jellyfish turns itself into its polyp stage after reproduction. Their fully-grown cells, including their eggs and sperm, transform into simpler versions and the whole organism becomes “young” again. Unless eaten by a predator or killed, this creature lives forever (although a member’s age has never been measured or documented).

So long as we’re talking about animals and science: bats are not blind although many bats use echo-location as their primary sensor, goldfish do not have a memory span of a few seconds, a bird’s mother does not reject a baby bird if it is touched by a human, cockroaches cannot survive a nuclear explosion(they can handle it ten times better than humans though) and humans did not evolve from chimps- humans and chimps evolved from the same ancestor.

Einstein never failed at mathematics. This myth started perpetrating during his lifetime, upon hearing which Einstein remarked, “I never failed in mathematics. Before I was fifteen, I had mastered integral and differential calculus!”

Hitler was not born a German and Helen Keller was not born deaf and blind. Hitler was born an Austrian and adopted German citizenship two years before the War. In fact, he renounced his Austrian citizenship in 1925 and was stateless for seven years before becoming a German, 19 years after having arrived in Germany. He was born illegitimate and so was his father. Hitler’s paternal grandfather was never identified, but his grandmother did work for a wealthy Jewish family, and also named him Adolf which led to the theory that Hitler could have Jewish ancestry. In 1933, a grave in Bucharest was discovered that belonged to a Jewish man named Adolf Hitler. Hitler was so startled by this finding that he changed the Nazi law that defined Jewishness to exclude himself and Jesus Christ!
Helen Keller could see and hear till she was a year and a half old. She could also communicate with her family before the arrival of her teacher.

Stan Lee did not coin the phrase “With great power comes great responsibility”. The phrase did appear in the first Spider-Man comic in 1962 and also in the first movie. But the saying was already reportedly a cliché in France and the use of the phrase was attributed to Voltaire. In fact, the earliest recorded variant of the saying is present in Luke 12:48: “from the one who has been entrusted with much, much more will be asked”.

The Forbidden Fruit mentioned in Genesis is never explicitly stated to be an apple. In fact, most historians agree that the fruit was most likely a fig, with grape and wheat also being probabilities. This is because, as late as early 17th century, “apple” was a generic term for all fruits and nuts(except berries) . “Apple” was probably misconstrued to be the fruit because of the likeness of the word mali which means both apple and evil, with the ‘apple’ here meaning ‘fruit’. In Latin, mălus means ‘bad’, mălum means an evil, mālus, an apple tree and mast of a ship, and mālum meaning apple (fruit).

The Great Wall of China is not visible from space. In fact, it is visible only upto 180 miles above the surface, and cannot even be sighted from the moon. This myth was believed to have originated before the Moon Landing. Instead, astronauts can spot city lights in the night and other disturbances such as pollution and oil spills. The only two buildings reported to have been sighted from space are The Pentagon and The Peoples’ House in Romania.

On the subject of space, the human body does not explode due to depressurizing in space. This was a myth introduced by sci-fi movies. But the most accurate and researched space movie got it right. Remember when Hal does not open the pod bay doors? Dave still manages to get in. After emptying their lungs and let out in space, humans can survive completely fine for as long as they can keep their lungs empty. Eventually, due to lack of oxygen, they would become unconscious and die due to asphyxiation.

Pangea was not the first supercontinent. Many of us are familiar with the theory that the world’s continents once fit tightly together into one huge landmass called Pangea. But Pangea was only the seventh and last of a series of supercontinents that coagulated and split apart at regular intervals after the Earth formed 4.5 billion years ago. Pangea existed between 550 and 200 million years ago–which is relatively recent in geological time. In fact, if the entire history of the world were expressed as a week starting on a Monday, Pangea would only have appeared early all the way on Sunday morning. The very first supercontinent was called Vaalbara and it started forming more than 3.6 billion years ago.

Clouds are not light and fluffy, despite what you remember from childhood. The weight of clouds is measured in elephants. An average cumulus cloud weigh about 100 elephants and a storm cloud could go up to 200,000 elephants!

“Lightning never strikes the same place twice” is one of the most common myths. Lightning often strikes the same place multiple times, which is why buildings have lighting rods. Tall buildings like Empire State Building, Eiffel Tower and Burj Khalifa are not only struck by lightning constantly, but also have multiple strikes on one night. Humans are constantly struck by lightning too. Roy Sullivan, a park ranger was struck by lightning on seven different occasions. Due to this unique curse, he was avoided by people and fell into depression. He later died after accidentally shooting himself over unrequited love.

Talking about disasters and death, drowning is almost always incorrectly portrayed on screen as being a violent struggle. In reality, it is often inconspicuous to onlookers. Yelling and thrashing while in water is Aquatic Distress and the person is usually far from drowning. When a person starts to drown, the Instinctive Drowning Response starts to kick in, which prevents movement of limbs due to lack of oxygen. Involuntary actions performed by the human body would be flapping the arms trying to paddle-almost appearing to be calmly or playfully- so as to push the head above water.

Schizophrenia does not mean split-personality or multiple personality disorder with one alter ego. It is a mental disorder where the affected person does not respond what is considered “normally” to a situation. It includes slow responsiveness, hallucinations, excessive paranoia, disorganized and bad speech. The root skhizein- means split, and the word is broken down into split-mental functions.

There are no taste zones on the tongue and each receptor can taste each of the basic tastes- sweet, sour, bitter, salty and umami– equally. The taste map is a common misconception and the umami is a recent addition to the basic tastes. Umami flavor is described as being rich, causing a coating over the tongue and causing the mouth to water. The word umami is Japanese in origin and is umami in all languages. It can be translated as pleasant or meaty or brothy. Foods rich in umami taste are fish, tomatoes, cheese, soy sauce, celery, green tea and what would often be a human’s first umami taste- breast milk.

Other common misconceptions attributed to the human body are that the hair and nails grow after death(this is an illusion caused due to tracking back of the skin after death), humans using only 10% of their brain(this phrase was used metaphorically by William James, the philosopher), eyesight being affected by reading in dim light or sitting too close to the tv, muscle turning into fat when exercise is discontinued(most people are aware that muscles only shrink in size and fat cells increase in size), not being thirsty meaning being hydrated(whereas it is the exact opposite- if you are dehydrated, your body shuts off the thirst mechanism), cracking knuckles causing osteoporosis/arthritis(to disprove this myth, doctor Donald Unger cracked the knuckles of his left hand and not right hand every day for more than sixty years and was awarded the Ig Nobel Prize), and the existence of photographic- excuse me- eidetic memory(sorry Sheldon Cooper fans, but there have been no documented evidence of anyone possessing eidetic memory).

Having a black belt in a form of martial art does not signify mastery or even expert-level. It only means that the person practicing that particular martial art is competent in all basic techniques.

Originally, Cinderella did not wear glass slippers. In all the versions of the story that exist, Cinderella has worn magic rings, shoes made of gems and fur. When the story was first introduced in France, Cinderella wore shoes of vair– squirrel fur. In 1697, when Charles Perrault wrote his version of the story, the word vair was obsolete. But he assumed the shoes would have been made of verre(which is pronounced the same), meaning glass and the glass slippers stuck ever since.

It is commonly believed that any piece of paper of any dimensions can be halved only seven times. However, Britney Gallivan, a university student studied and devised a formula for folding paper and practiced it first on a sheet of gold foil. She then proceeded to fold a 4000 feet long toilet paper in half twelve times. 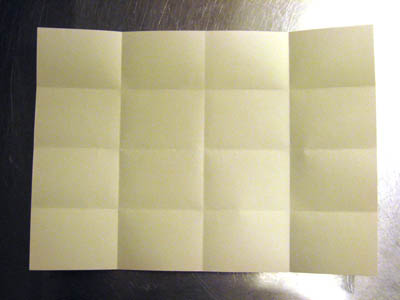 Adding oil to boiling pasta does not prevent it from sticking together. As water and oil don’t mix, the oil floats and the pasta sinks down to the bottom of the vessel. While being drained out, the oil might come in contact with the pasta, but far from helping, it actually prevents any sauce from mixing well with the pasta.

Strawberries, raspberries and blackberries are not berries.

‘Irregardless’ is a word. At least, it was a word but is rejected by lexicographers and linguists because of a double negative ‘ir-‘ and ‘-less’, which does not conform to the standard of English negatives. However, the word has been used in the past as a combination of ‘irrespective’ and ‘regardless’, causing it to mean (not-regards-without) “in regards to”, although it is used (wrongly) today as a synonym for both ‘irrespective’ and ‘regardless’.